Death of the PSTN

Death of the PSTN

I was on an appointment early in my VoIP career, talking with an IT manager about some of the ramifications of the rise of hosted PBX in the business world.  He was a little miffed that my company wanted to charge for usage, since the majority of the telecom companies he’d worked with offered unlimited domestic usage.

“Well,” I explained, “we still have the PSTN (Public Switched Telephone Network), so any time we as a carrier connect to it and use it, we are charged, and we need to make sure our costs are covered so we can stay in business.” Several VoIP companies famously went bankrupt for offering unlimited minutes to customers, failing to realize that these costs still existed.

Frustrated, he said “Well you guys should figure out how to bypass that so I don’t have to pay usage.” I understood his frustration but thought he was oversimplifying what I considered to be a daunting industry overhaul. Less than a decade later, it seems as though the death of the PSTN is closer than I thought.

Birth of the PSTN

The PSTN has been in existence since the late 1800s, shortly after Alexander Graham Bell famously said “Watson come in here” over the first telephone. The PTSN connects offices and residences with copper wire, the same medium that Bell used 120 years ago. In spite of the age of the network, it has done an unbelievable job of maintaining decent audio quality and uptime. Up until only a few years ago, most businesses would believe that any degradation of voice services, let alone the death of the PSTN, would wreak havoc on commerce.

With the advent of VoIP, telephony has become much more efficient and feature-rich for both businesses and consumers. And, also for the carriers: just about every carrier in the world now uses IP-based switches to route their traffic instead of the legacy the mechanical switches that were built for copper-based telephony. I always enjoy debating with customers who believe the VoIP is not yet a proven technology. The fact is that every call made, even those from a rotary phone plugged into a landline, uses IP switches on the backend, and thus all calls are VoIP calls. 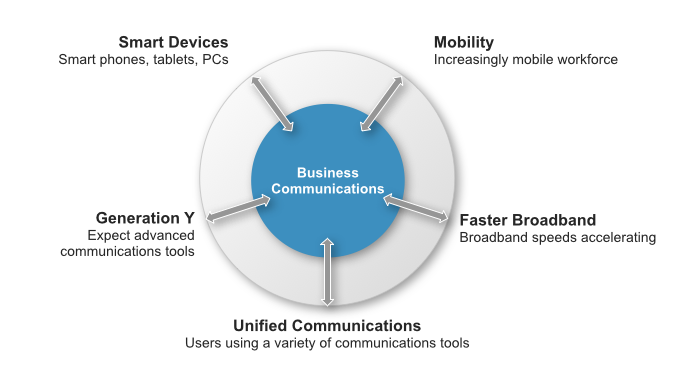 That doesn’t mean that traditional phone lines are useless, however. Many businesses still purchase traditional PSTN products like PRIs and POTS lines. I also read a great article in the NY Times recently about how copper lines are the only resource for many households and businesses in remote areas. Unfortunately, the large carriers that support and maintain that infrastructure aren’t interested in continuing to help those people and businesses. As recently as 2008, some of the major players like AT&T and Verizon actually requested that the FCC that they be allowed to stop supporting and maintaining the legacy network – the first sign of the coming death of the PSTN.

I am happy to talk at length about the advantages that businesses can realize using VoIP and Unified Communications instead of traditional PSTN service. Those advantages are likely to fall on deaf ears of the residential users in the Times article and businesses who are unwilling to change with the technology. Regardless, the writing is on the wall: the death of the PSTN is on the horizon. Smart businesses will understand the importance of choosing the right service and those that don’t will be left behind.