A Conference Call in Real Life 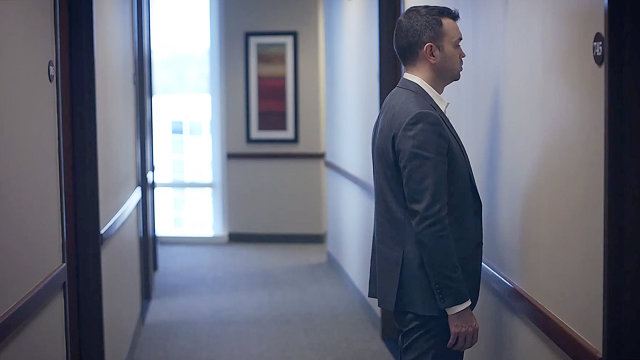 Tyler’s poor audio shuts him out of the meeting.

Tripp and Tyler’s “A Conference Call in Real Life” has gone viral on YouTube, garnering almost 6 million views in less than a month. What makes it so popular? As the comments clearly show, we can relate to and have seen all of these scenarios in our business lives.

As funny as the video is, the reality is that any competitive business can’t afford this kind of inefficiency. But here’s the good news: It doesn’t have to be that way. Here is a breakdown of the video, scene by scene, where I describe exactly what’s happening and how technology can improve this bungled conference call.

Tripp taps the table because he is waiting for others to join. He listens to vapid hold music.

Most conference bridge services send a bridge with one or more access codes to join. These can sometimes get lost in meeting invitations or are cumbersome to join. An alternative that good conferencing solutions offer is calling or emailing conference participants and then actively adding them from the administration console. Many platforms also allow you to customize Music On Hold (MOH), which allow you to upload your own music, live feed, or company messaging right through a web portal.

Beth joins the meeting and announces herself, wondering who’s there because she can’t see. Tripp asks if she is Tyler because he didn’t understand her when she introduced herself. They talk over each other.

The conversation is awkward for 3 reasons. The first is that Tripp expects Tyler and gets Beth instead. Actively adding participants, as explained above, and better conference tracking through presence would solve this issue.

The second problem is latency, which is the time interval between when a word is spoken and when it is heard. Latency was rarely an issue in the old days of phone service over copper lines, but with VoIP, it can vary widely. An easy way to see this in real life is to have a cell phone conversation with someone in the same room – even though the delay may only be 1/3 of a second (333 ms), conversations become more difficult. Many internet providers use Least Cost Routing to keep their network costs down. This has a minimal impact on email and web browsing, but severely affects voice and video conversations. Our standard for latency in the VoIP business is 100 ms or less, which allows two users to carry on a normal conversation. 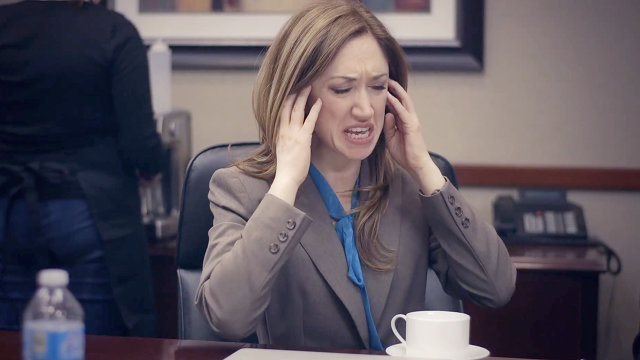 The third reason that Beth and Tripp have trouble communicating is because they can’t see each other’s body language. Beth doesn’t feel welcomed by Tripp’s silence and she can’t see him smile after she joins the meeting. Video conferencing would help here. Many video conferencing users report that they have much better working relationships with colleagues that they regularly see as well as hear from.

Once Tyler joins, Tripp re-introduces himself and starts his opener to set the agenda for the meeting. John cuts him off by joining while finishing up another conversation, disrupting the flow of the call. Tripp starts over and restates his agenda. Tyler has been kicked off. Paul struggles with his access code, PIN, and whether to press the # key, further disrupting the meeting.

Anyone in a leadership position in a company understands the importance of setting the tone for a meeting with an opener. Having better control in the conference and better access to each participant’s presence allows the moderator to confidently lead the discussion. Even if Tyler is kicked off because of a bad cell or VoIP connection, Tripp can mute him so as not to disrupt the flow and also record the meeting so Tyler can review what he missed later. Having a simplified access code also helps participants join more easily.

FAST FORWARD – Tripp asks “Any questions?” – Beth asks a question and Tripp and Paul talk over each other in response.

Here, again – latency throws a monkey wrench into the flow of the conversation. Due to the poor internet connections or inferior audio conferencing solution, no one can communicate effectively. It is almost as if their conferencing solution has driven them a step back to the days of two-way radio, when “over” was required at the end of a phrase. A properly designed solution minimizes the effects of latency.

Tyler has poor audio. We can only hear every other word, and he disappears completely from the meeting at one point. The others don’t know he’s gone. 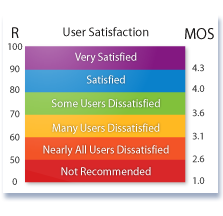 In the old days of copper phone lines, audio issues were extremely infrequent. With cell phones and poor VoIP providers in today’s world, they are commonplace. There’s not much you can do about being in a bad cell phone area, but with VoIP, there is. Good VoIP companies use a series of analytics that compile Mean Opinion Scores (MOS) that constantly measure the audio quality of a phone conversation and report back to the provider on how to fix it. In addition, properly configured VoIP installations also will prioritize voice traffic over normal internet traffic (QOS) so that even if your company is sending or receiving large files on the same connection that voice is using, it will not affect audio quality.

Tripp tries to share his presentation on everyone’s screens. Beth plays solitaire instead, John doesn’t see a link, and Paul needs a plug-in. Tripp assumes everyone is using a Mac, but John doesn’t even know if he has a Mac and is scared to show his ignorance.

Paul’s dog is barking in the background

I would actually cite this as an advantage, not a problem. High Definition (HD) audio and remote office capabilities are two huge benefits of hosted VoIP systems. Paul just needs to keep his dog away from his home office.

Beth gets her coffee and is clearly in a public wifi area. Tripp has audio problems again, this time from a bad echo. No one knows where the echo is coming from.

Ever have poor audio when your cell phone is sitting next to your VoIP phone? Any decent phone provider will give you a ferrite clamp to prevent that.

Once again, remote office capabilities are a good thing, but using a shared public wifi typically has poor bandwidth and latency and is not ideal. The echo issue can occur from poorly designed VoIP systems, but also from the use of a headset. Proper configuration and support eliminate these common issues.

Tyler sees his “happy hour in 5” message and is distracted. He claims he has audio issues and checks out.

Once again, video conferencing would solve this. Not only does it improve communication, but it also allows for accountability.

Tripp asks Beth to send a recap email out that would take the place of the entire meeting.

Two things to mention here: 1) Most conferencing and VoIP platforms allow for call recording. Call recording is an extremely powerful tool that many times replaces or enhances note taking. 2) Is email really a better alternative to human interaction? Most business owners I know deal with over 100 emails per day, and reading long, detailed emails can be time consuming and daunting. Have you ever tried to have an effective discussion over an email thread? There is clearly a place for real-time communication in the workplace – as long as it is done the right way.

Out of nowhere, Dave thanks Beth, creepily announcing his presence at the meeting to the surprise of Tripp. Tripp concludes the meeting but then remembers one more detail, but it’s too late – everyone has left the room already.

Company meetings should foster teamwork and discussion, not fear or resentment. In a world of seemingly endless options, IT decision-makers should focus on the most efficient solutions that promote sharing and collaboration, and not simply on cutting costs. It’s clear that Tripp’s company has valued a cheaper communications solution over the ability of its coworkers to actually communicate. How long do you think they will last against their competition?